The word cryptic is derived from the Greek adjective kruptós which means hidden. Morphologically indistinguishable species that have been revealed by molecular phylogenetic methods, and 37ultimately only recognised by their DNA sequences, are referred to as cryptic species. The importance of cryptic species for plant pathologists is that they may have significant differences in the severity of diseases they cause, host range and geographic distribution. It is these differences that are of concern to many biosecurity agencies, particularly in Australia. 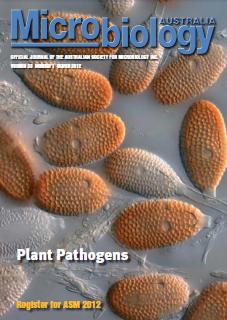 How plants defend themselves

Can we use crime scene investigation methods in plant pathology?

Nema and the Xenos

The tale of a tiny worm, the bacteria that live inside her, and a tree being munched on by a grub.

Free subscription to our email Contents Alert. Or register for the free RSS feed.